How can disadvantaged and conflict affected communities be restored and put back on a path to lasting sustainability? In Sub-Saharan Africa, investments in Agriculture and Electricity offer a clear pathway to creating measureable socio-economic impact in rural offgrid agrarian communities in the region.

It is a well-established fact that Agriculture is the mainstay of the economy of Sub-Saharan Africa employing over 60% of the population and contributing 23% to the economy of the region (Sakho-Jimbira & Hathie, 2020). In spite of this obvious business case for agriculture in the region, the sector is still unable to meet its huge potentials due to several key factors including:

All of the above factors culminate to keep small holder farmers in state of poverty with most of them living on below $2/day (Food and Agriculture Organization, 2018).

This report below summarizes initial results from a project conceptualized and implemented by Prado Power in collaboration with Farmties under the ‘Humanitarian Grand Challenge: Creating Hope in Conflict’ funded by the USAID, UKAID, and Netherlands Enterprise Agency with support from the Grand Challenges Canada. 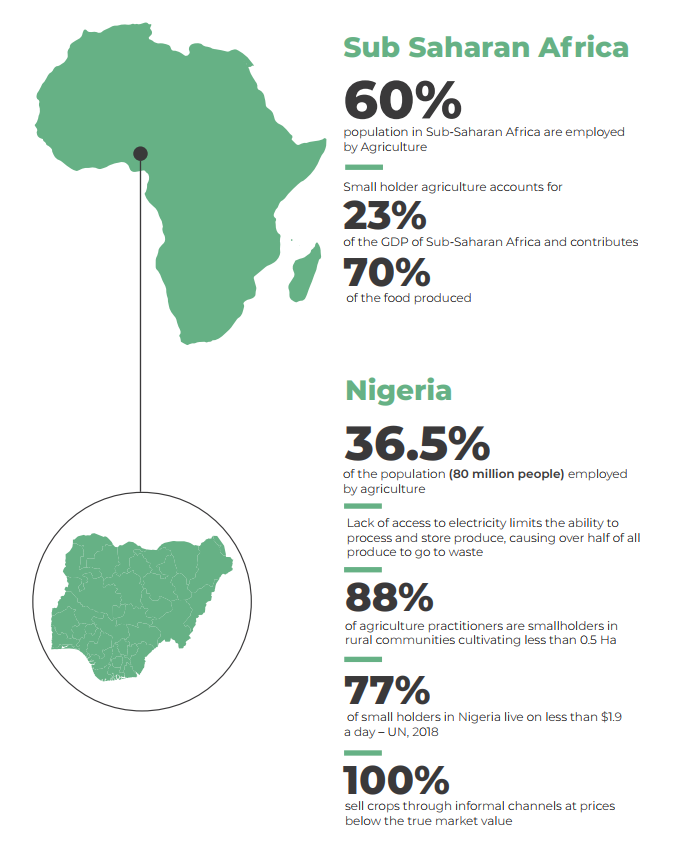 A user research campaign was conducted through over a period of one month where the prospective users were interviewed. Below is a summary of the current practices in the communities:

Manual crop cultivation prevalent, with maize, yam, cassava, rice and soy beans the most dominant produce in the region

Employment and gender inclusivity in the agricultural value chain

Women are mostly engaged in domestic activities at homes, while men cultivate farms.

Farmlands are owned by families. Women own farmlands when they are widowed or inherit from their parents.

Water is largely scarce and is usually accessed from streams located at about 5 – 10km from village settlements.

Location is an important factor in determining what solution is implemented in each community. For this project, the project team considered other factors to establish the suitability of the communities for the project. Some of the additional factors include:

A summary of the baseline conditions in the community is shown in Table 1 below:

Table 1: Baseline conditions in the communities

Agricultural processing and storage equipment deployed was to ensure that some form of processing would take place at community level before produce is sold to end users. This in turn would provide valuable jobs for agriculture practitioners in the community, improve the value of produce, and enhance the profitability of agriculture.

On the right are equipment deployed across each of the communities.

It is a well-established fact that Agriculture is the mainstay of the economy of Sub-Saharan Africa employing over 60% of the population and contributing 23% to the economy of the region (Sakho-Jimbira & Hathie, 2020). 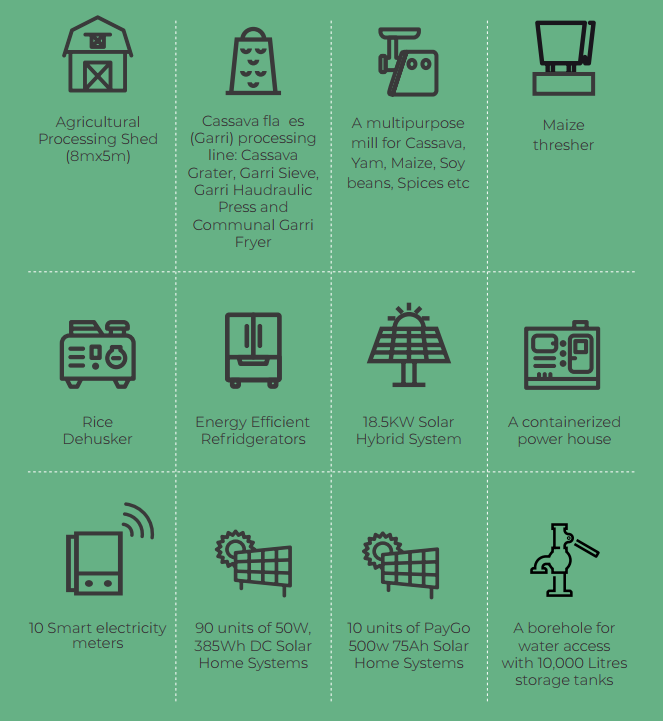 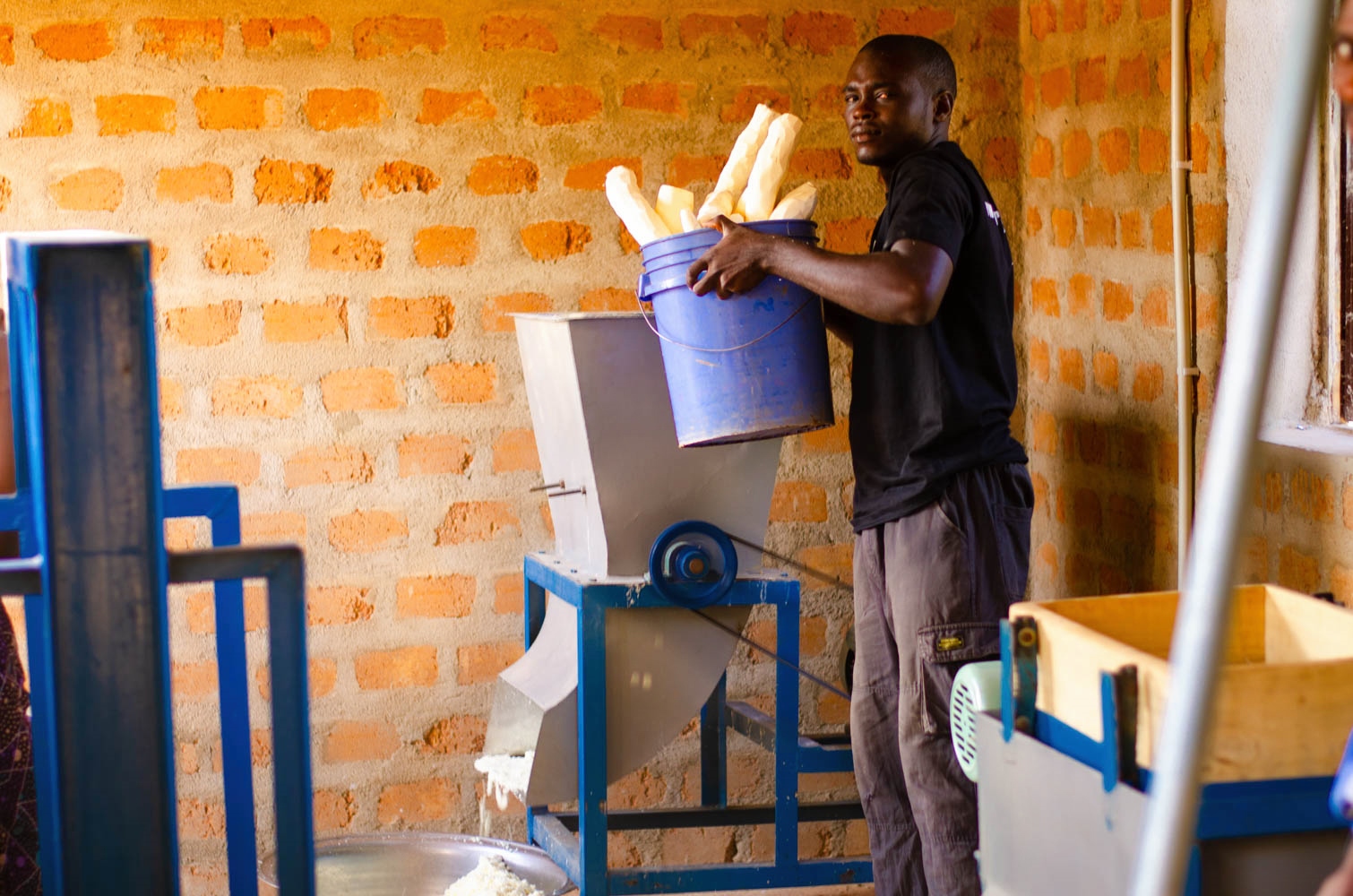 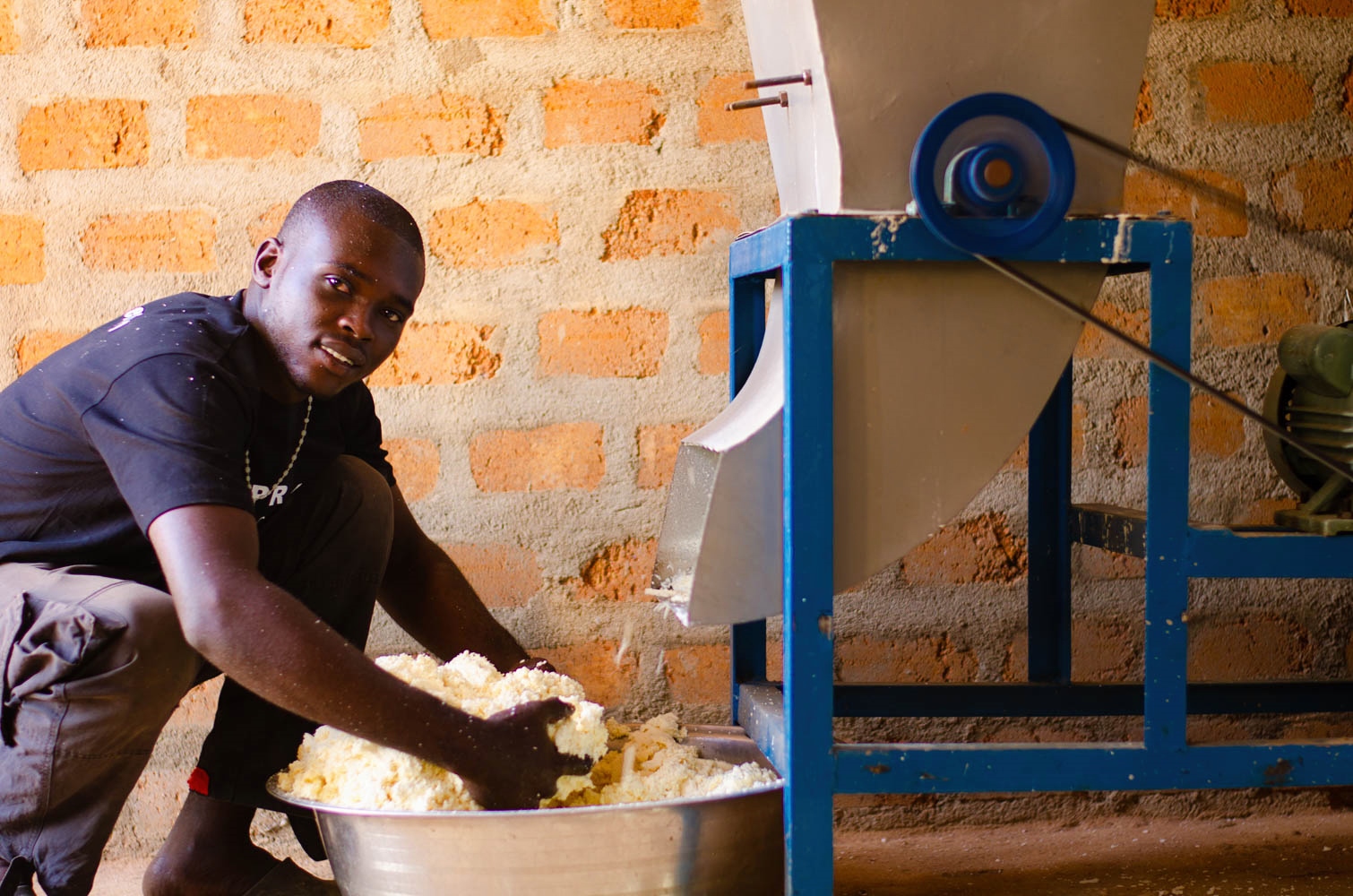 The project also embodied a clear gender strategy as the project team looked to break from the cultural norm of women under-representation in community renewable energy projects or economic activities. It was important to set clear gender targets at the inception phase of the project and share details with leaders and member of the communities during stakeholder engagements and town halls. The following gender targets were successfully implemented across both communities:

Solar Home Systems were distributed based on ability to afford.  As a result of the level of affordability of the communities the user categories were subjected to the following terms:

Commercial users paid an initial connection fee of $10/SHS and a tariff of $0.45/kWh for 500W SHS

Tariff of $0.25/kWh for productive use customers and agriculture processing machines

A summary of the beneficiaries of the various project components over a period of one month is contained in Table 3.

The project has recorded the following users to date:

The Financial returns and projections were modelled across both communities based on the following number of users and user categories that recorded usage in the first month of deployment:

**Refers to average revenue from electricity sales for productive use equipment

+ Refers to income from use of productive agricultural equipment

The project has already received acceptance at the community level as well as other levels of government. Water was made available for free at the hub to improve WASH at the communities while providing traffic to advertise the other business activities.

The second phase of the project looks to address some of the additional challenges that the communities have expressed including:

Mobility: Movement of agricultural produce to access points or major markets
Extension services: Provision of a platform that can guarantee trade and ensure off-take

A partnership with agricultural extension firm, Farm Warehouse, has been established to provide e-commerce services for smallholder farmers in rural offgrid communities where Prado Power has established its minigrids and productive use hubs. The company would also provide services such as access to improved seedlings, fertilizers, insurance services, microcredits, temporary storage and electric mobility solutions to convey produce to nearby markets or pick up points.

Due to the resounding success of the solution, Prado Power has been engaged by the governments of Akwa Ibom and Enugu States to replicate the model across 60 communities, while Prado Power has developed a portfolio of projects in rural communities in Niger, Plateau and Borno States where agriculture is prevalent and energy access is largely non-existent.